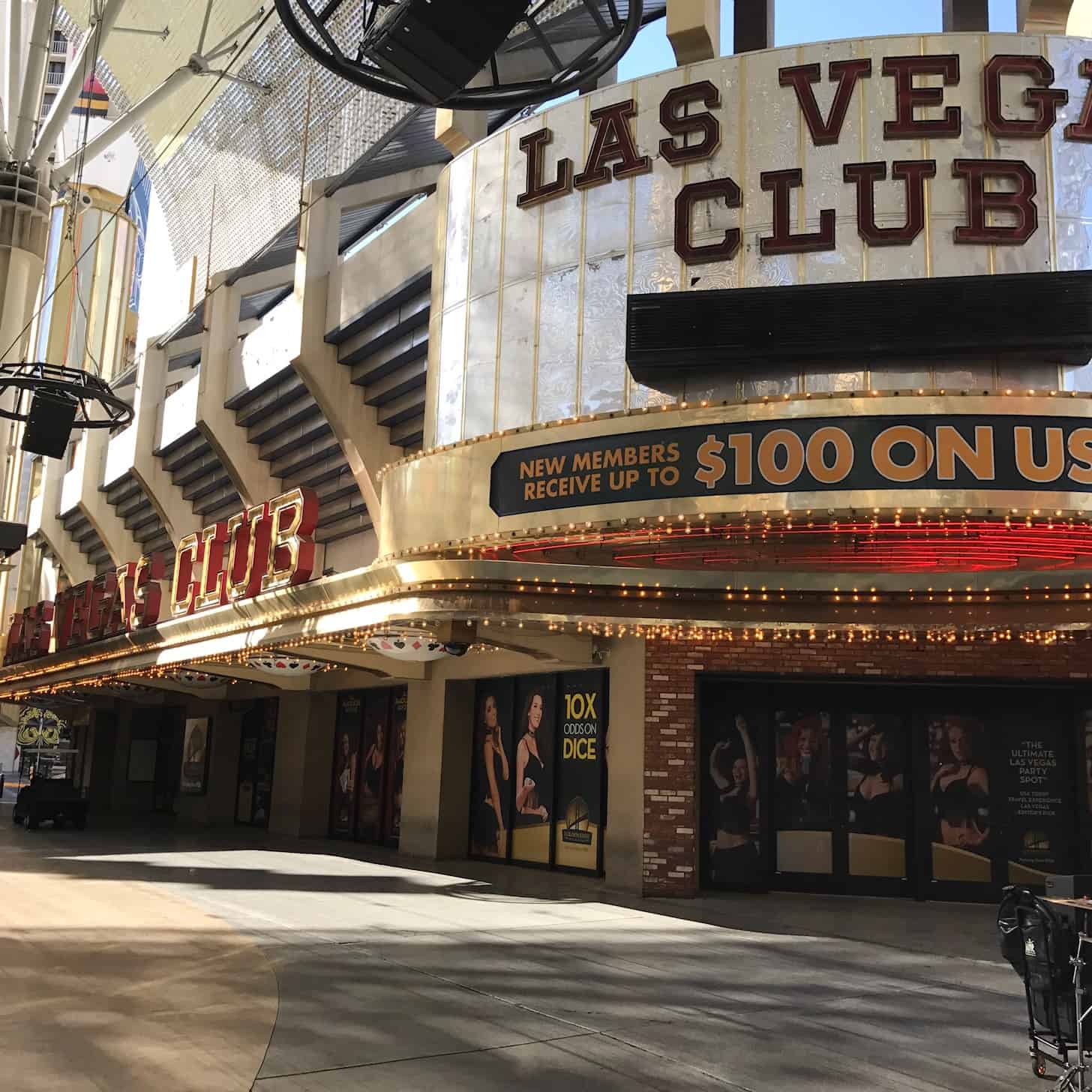 I was fortunate enough to make it into the Las Vegas Club the same year that she met her fate and closed the doors for good. My wife and I were the only 2 people playing on a craps table near the entrance, outnumbered by table’s crew. The drinks came early and often, mostly due to the lack of patrons and I distinctly recall a number of cigarette burns in the felt below. The music was pumping at a level so egregiously loud that I could barely hold a conversation as a scantily clad dancer unenthusiastically bobbed to the beat in the middle of the pit. It felt like a property on life support. I wish I would have known to grab a memento or two or take an extra photo. 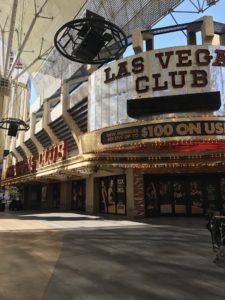 The lights have been off since August of 2015 as the Las Vegas club awaits its sentence. Brothers Derek and Greg Stevens, also owners of Golden Gate and The D on Fremont have purchased the property along with the building that housed Mermaids, and the Girls of Glitter Gulch Gentleman’s Club. It is widely assumed that they will create a new property that unites the font of the structures. This project will involve deconstruction and a whole lot of rebuilding. As always, when projects such as this kick off in Las Vegas there are mixed emotions. Some of us look on with excitement for what is to come. Others, feeling betrayed by the needless killing of properties like Stardust, Frontier, etc. would prefer to turn back time.

The Las Vegas Club moved into its current location in 1949 and would eventually expand to incorporate the Overland Hotel corner property. The new location featured a 120-foot-tall sign that stood as the tallest on Fremont Street for more than 10 years.  The Club  underwent a major renovation in 1971 that gave the building its distinctive sports stadium look that we enjoy to this day. The property was purchased and subsequently closed in 2015 after 84 years of service. You can visit one of her former signs at the Neon Museum still today. Although the sign isn’t from the building itself, it was displayed near El Cortez and directed the masses in the direction of the Las Vegas Club.

The future is still unknown. I, for one, am looking forward to the new property while celebrating the former. As the Stevens’ purchase of the Las Vegas Club didn’t include the name of the property, it is clear the name itself wont survive. As of this publication, the “Las Vegas Club” lettering on the casino exterior is scheduled to be removed early next week and it was announced that the rest of the structure will slowly fade away as an implosion has been ruled out. Las Vegas Club, her hotel towers and Mermaids will all disappear piece by piece and without fanfare. We don’t need to stress though; the Stevens brothers have done good work on Fremont Street. The D is testament to what they can create and the rich legacy of Golden Gate lives because of their efforts. I trust them to make us something great.