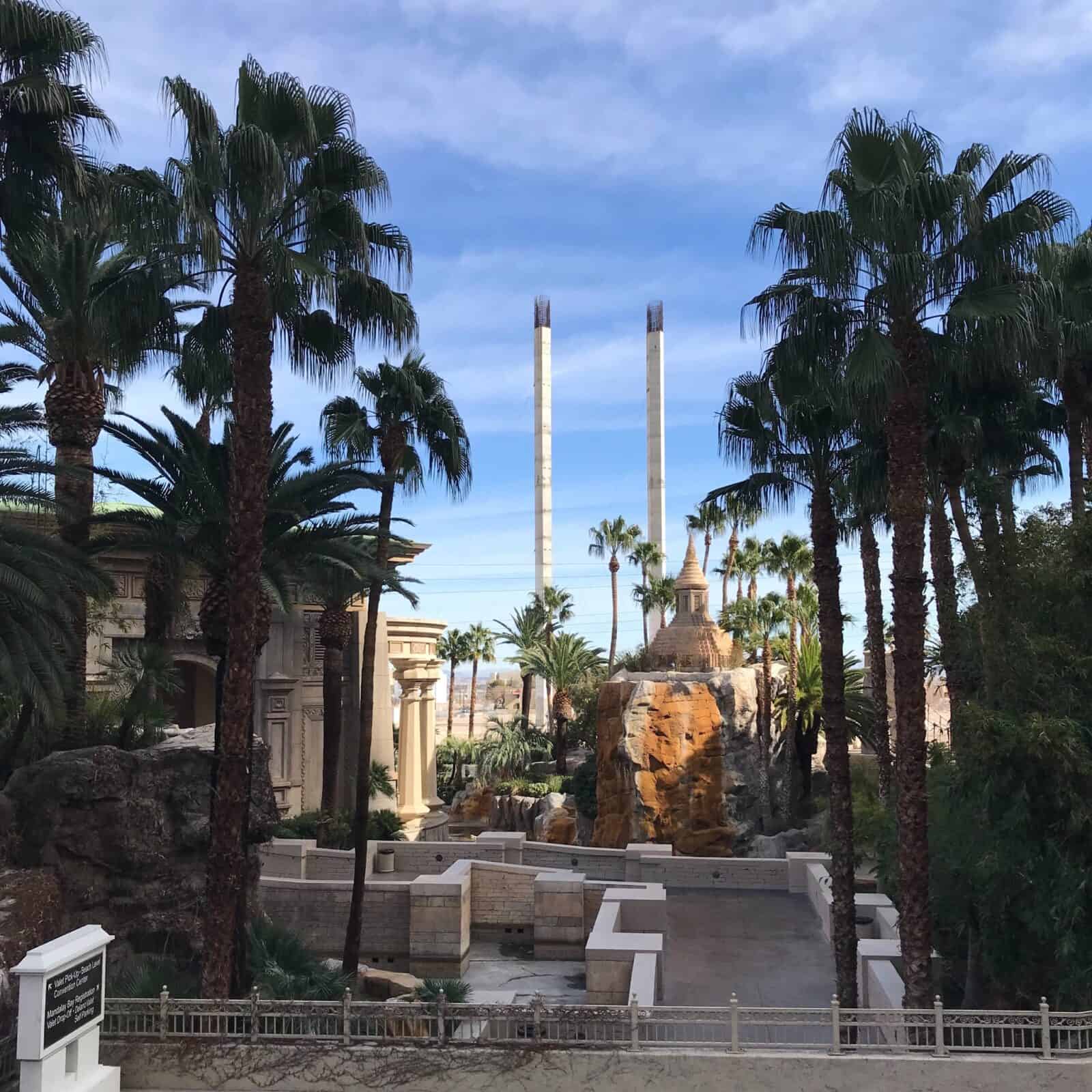 Maybe you have taken the 30-minute ride on the High Roller that anchors the LINQ Promenade? If so, you most likely enjoyed the view of the fabulous Las Vegas Strip from 550 feet above it. Its stunning. But were you aware that there was supposed to be another gargantuan observation wheel across the street form Mandalay Bay on the south end of the strip?

There are 2 lonely concrete columns rising from the sand at the south end of the Strip which were intended to hold a second, massive observation wheel.

SkyVue Las Vegas was to feature a 500-ft. observation wheel complete with 35 gondolas designed to hold up to 25 riders each. Like the High Roller, one rotation was to last 30 minutes. The middle of the wheel would be made up of a 120,000-square foot LED screen which was intended to show ads to incoming airline, vehicle and foot traffic. The screen itself was to hold the Guinness book of records title for the largest on Earth.

The Observation wheel was only the 1st of 3 project phases. The final two phases would include 1,300 hotel rooms, 550,000 square feet of shopping and dining options as well as a Casino (Because, Vegas). The 38.5-acre property was to have a London, England theme and mirror many of the landmarks and neighborhoods within the actual city.

The remnants of the stalled SkyVue project stand today reaching a mere 61 meters into the desert sky. In 2014, all scaffolding was removed from the supports and the plot of land is now listed for sale.

2 thoughts on “The Other Vegas Ferris Wheel”