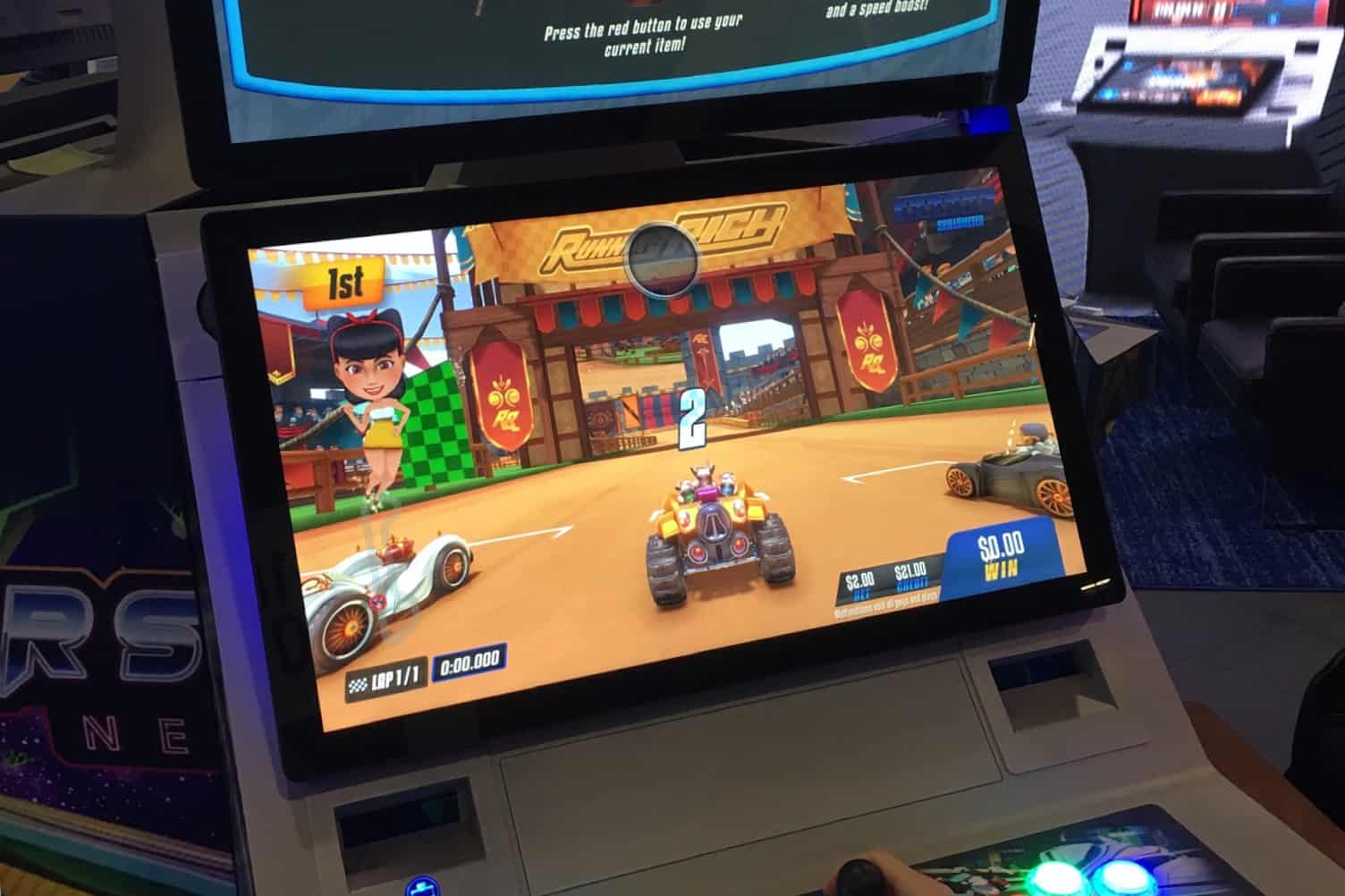 ‏Casinos in Las Vegas, and nationwide, are looking into a slow approaching storm on the horizon – an aging gaming population. Las Vegas resorts are having an increasingly difficult time convincing younger generations, specifically millennials, to feed hard-earned dollars to slots that have traditionally provided the bulk of gaming revenue.

According to Las Vegas Convention and Visitors Authority survey results, 38% of Las Vegas visitors in 2017 identified as millennials. Concernedly, Millennials only budgeted an average of $267.67 for gambling during their trip. That pales in comparison to the $583.95 Generation X and $794.50 that Baby Boomers budgeted during their trips specifically for gaming.

The concerning trend has Las Vegas casino operators, and slot manufacturers brainstorming gaming products that will appeal to Millennials. One solution to the “Millennial problem” is skill-based slot machines, which have on display over the past week at the Global Gaming Expo (G2E) in Las Vegas. G2E is a platform for gaming manufacturers to showcase what is next in slot and gaming technology. Skill based gaming allows the user to control, to an extent, their performance in a game instead of just pressing “spin” and hoping.

Below, we’ll showcase games from this emerging niche that were on display at G2E – Many of which are still working through approval to be placed on casino floors in Nevada.

GameCo’s offerings play like a video game as opposed to a traditional slot machine. Players have an array of gaming options within GameCo’s skill-based portfolio. Test your skills as a first-person shooter, shooting hoops or playing puzzle games (similar to Candy Crush).

Steve Aoki’s Neon Dream (pictured below) is an infinite runner game where you place an upfront bet and the goal is to pick up as many coins and records as possible as you run the track. The more you pick up, the higher the payout. The track, to include the layout of coins and records is determined by a random number generator.

New “Generation 3” titles from GameCo such as Nothin’ but Net 2 and soon to be released SOULCALIBUR II will allow for multiplayer head to head / tournament play and includes a free tutorial mode allowing players to learn the game before money is on the line.  A key differentiation point as players will be hesitant to “pay to learn” skill based games. Another key feature of GameCo’s offerings that will be embraced by their target market is that there is not a “traditional reel slot” component – 100% video game action.

GameCo games are not currently on the casino floor in Las Vegas, but can be found at Tropicana Atlantic City, Mohegan Sun and Foxwoods among other locations.

Arcade style, skill-based gaming featuring titles such as Arkanoid, Zforce, Bust a Move and Asteroids.  You set your bet amount and then make that predetermined bet each time you destroy a block, asteroid, etc. and win an amount either greater than or less than the bet you made determined by the random number generator. Next Gaming’s main advantage is the simplicity of game play. Even a non gamer can quickly pick up the skills to be successful within the game.

A potential challenge that may turn players off is how betting works. As a player, you could be demonstrating a significant amount of skill (destroying asteroids, etc) but still be losing money. You aren’t necessarily rewarded for doing something “good” within the game. Instead, each time something good happens you place a bet and are awarded a random amount which could be less than the original wager. Think of it as pulling the slot lever every time you accomplish something in the game. The better you perform, the more slot pulls (and bets) you make.

Unlike any slot on the casino floor currently, Gamblit’s Model G hardware allows up to 4 players to participate in head to head skill-based gaming. Players ante a specific amount and compete for a randomly selected prize which is usually slightly less than the sum of player antes, but can randomly be significantly more.

While the games introduced to date are entertaining, the main drawback is that your group of friends quickly realize you’re losing to the rake, game after game. For instance, all 4 friends ante $3 but the winner is generally paid out winnings less than the combined $12-dollars in antes. While that makes great business sense, it doesn’t translate to a great player experience leaving many Model G units sitting empty on casino floors.

While the Model G’s prize structure that leaves much to be desired won’t change, Gamblit is adding PacMan and Deal or No Deal Poker Special to the platform which could drive increased traffic. While PacMan is self-explanatory, Deal or No Deal Poker Special will award the player that constructs the best poker hand to choose the banker’s offer or the amount in the briefcase they selected at the beginning of the game.

Gamblit’s TriStation could be a more disruptive force on the slot floor. The TriStaion hardware has a physical appearance similar to a traditional slot allowing players to play single player skill-based games.

CI’s primary skill based game to date is “Running Rich Racing” which features game play very similar to Mario Kart and was recently tested on casino floors of 3 Las Vegas resorts. The company has also introduced a head to head version of Running Rich Racing allowing competition between players. There are also game of chance elements that are built into the game that allow you to win money even if you don’t finish first in the race.

A unique component of the Running Rich Racing platform is that spectators have the opportunity to place bets on on the outcome of races using the screen on the back of the racer’s chair. Spectators are able to wager on which track the game will randomly select, first item to be picked up by a racer on the course, top two racers to finish or even if the winning avatar will be male or female. You don’t have to physically play to get some skin in the game – a massive differentiation point as spectator wagering introduces an exciting social component to the game.

Players are rewarded for finishing 1st, 2nd or 3rd. Additionally, each player has a chance to randomly win more (no matter what place they came in) based on the items they picked up during the race.

Recently, the company introduced their Star Striker game series which is a single player game set in deep space that has players battling alien spacecraft. Your spacecraft is controlled via arcade style buttons and a joystick, Star Striker is very similar in look and feel to Galaga and will also be offered as a multiplayer racing game, Star Striker RACING.

The Competition Interactive skill based offerings are among the strongest on the market as they incorporate video gaming, a strong social element enhanced by spectator wagering and no traditional reel slot game.

This skill based gaming manufacturer has 19 titles ranging from puzzle games, racing and first person shooters where you are actually using a mock handgun to defeat zombies. What’s unique about Synergy Blue’s games is that every time you accomplish something (make a group of 3 in a puzzle, kill an enemy, make a word, etc) a new gambling event occurs. Essentially, when you do something good, the machine bets your predetermined amount and you will win a random amount which could be less than or greater than the amount bet (again, think of it as a slot pull every time). Some accomplishments are better than others and guarantee a winning outcome.

A number of Synergy’s games feature bonuses that award skill based milestones you reach while playing the game.

A heavyweight in the slot manufacturing space, IGT has dipped their toes in the water of skill based slot machines. On display at the Global Gaming Expo were Fuzzy’s Fortune and Little Fish Big Fish. Both Games function as a traditional reel slot game and award the skill based feature as a bonus round.

Casinos and game designers are targeting millennials with skill-based features and games. My concern with IGT’s skill based offerings is whether younger players, who are turned off by slots, will be willing to sit through the traditional slot game while waiting for another skill-based feature to trigger.

The classic video game Space Invaders, originally released in 1978 is now available on a skill-based slot machine thanks to Scientific Games. The game plays as a traditional 60-line slot machine that awards either free games or the skill-based “Space Invaders” feature as a bonus where you are paid for your performance. SG didn’t bother to bring the game to G2E which I assume means it hasn’t been a hit. We snapped the image below at MGM Grand’s Level Up gaming area.

Another classic game, Frogger, has been transformed into a gambling opportunity by Konami in their Frogger: Get Hoppin’ offering. Players ante $2 and have the opportunity to earn skill-based and random cash prizes by navigating their frog safely across a road and river course.  Frogger: Get Hoppin’ can be played at MGM Grand’s newish Level Up area, however, the sales rep at G2E indicated the game would likely not survive much longer.

Beat Square, a new skill based offering form Konami which is about a year away from the casino floor. The game is best described as whack-a-mole synced up to music or Dance Dance Revolution for your hands. The 16 squares light up randomly instructing you to tap along with the music. You wont want to play this game impaired as getting to the illuminated buttons quickly is key. Beat Square can be set up as a tournament or as a single player skill game.

Here are some of the takeaways and questions we were left with after surveying skill based slot tech at G2E:

There is no denying that headwinds still still exist in the skill based space and I am still skeptical that a winning formula can be developed that will be both popular with players and drive adequate revenue for the house. Undeniably though, skill based games are pretty damn fun. If players are looking for a way to gamble that is more engaging than simply pushing “spin” these types of slots could be a hit.

Check out some of the new table game concepts we saw at G2E that could be making their way to a casino near you!

1 thought on “Skill Based Slots on Display at G2E”