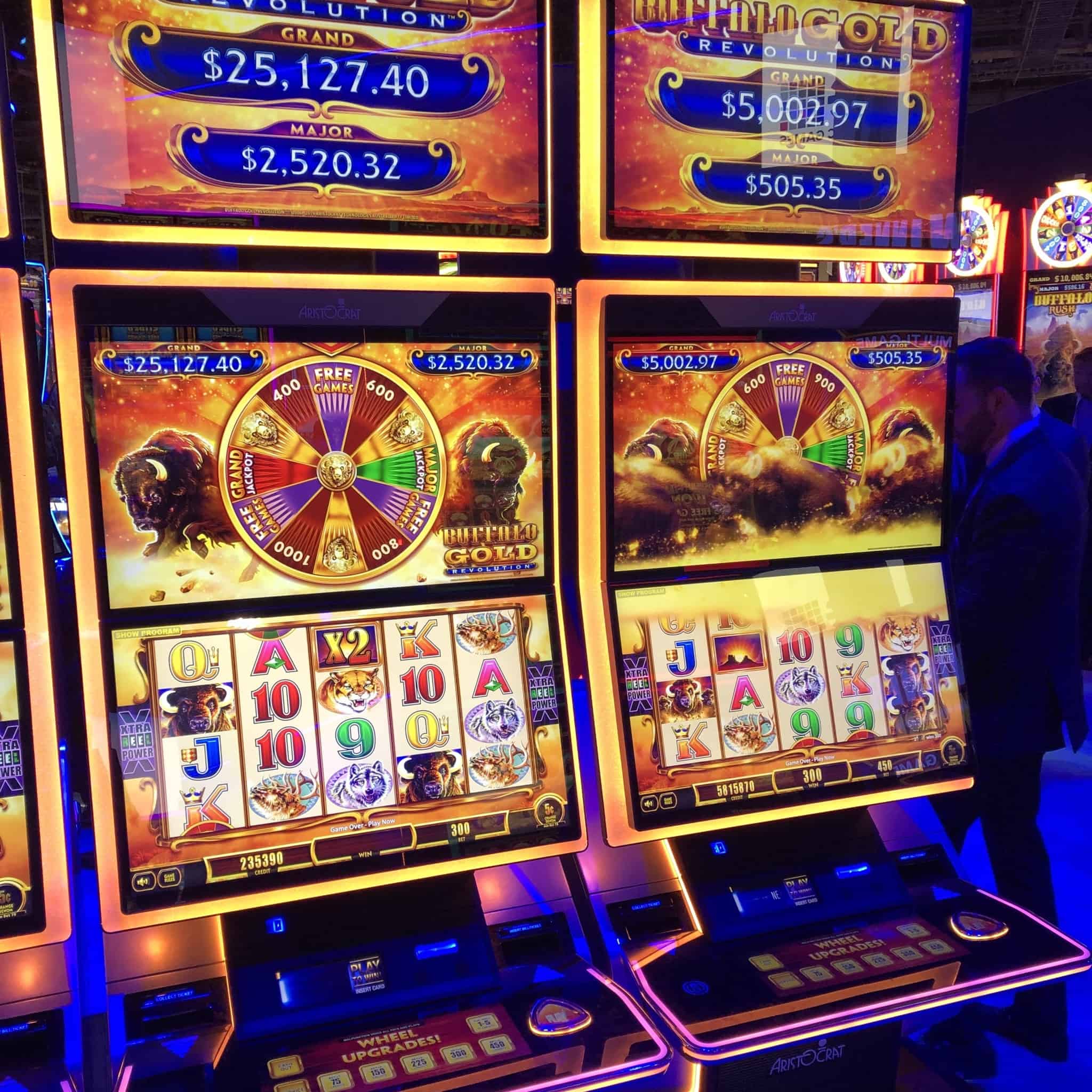 There are countless myths and superstitions that circulate about slot machines, most not based in reality. Everyone wants to give themselves the best chance to win, but ultimately that comes down to being in the right place at the right time. There is little, if anything, players can do to influence their chances on slot games.

We wanted to run through, and in most cases debunk, common slot machine myths and superstitions.

Related: 77 Free things to do in Vegas. A complete guide.

Slot machines in Nevada must sit idle for 4 minutes before an adjustment to payback percentage or game rules can be made. When a change is made, the machine must be taken out of play with a message displayed on the screen noting an update is taking place. The machine then must sit idle for an additional 4 minutes after the change before play is allowed.

Older machines that are not server based cannot be updated from the backroom and require operators to open up the machine and replace a computer chip to adjust the payback percentage. A much more cumbersome process.

If you’re running hot and the machine suddenly goes cold, there is no tom foolery going on – just bad luck.

Fun Fact: Slot machines in Nevada are required to return a minimum of 75% of wagers to players per the Nevada Gaming Commission, although they returned over 90% in 2019.

Does using a Players Card Affects Payback? No. Slot machines use a random number generator (RNG) to determine the outcome on any given spin. The RNG is continuously generating random outcomes in the background until a player presses spin, which locks in what the outcome will ultimately be. Using a players card simply allows the house to track your play and doesn’t affect payback percentage, or game odds in any way.

Someone hit a jackpot after you stepped away. Would you have won it had you stayed? No. You’ve heard the horror stories though. A slot player gets up to use the restroom and come back to see someone else playing their machine. Worse yet, the new player hit big. Would that have been your jackpot if you would have stayed? Most likely not. The RNG turns out hundreds of combinations per second in the background and the outcome is locked in when the spin button is pushed. You would have had to hit spin the exact millisecond the new player did to obtain the same outcome. Very unlikely.

Is a machine that just hit a jackpot is less likely to hit again? No. The machine’s random number generator has no memory. Each spin is an independent event providing an equal chance of hitting a jackpot.

Is a cold slot machine”due” to hit? No. Like the slot myth above, the nature of the random number generator dictates that every spin is a random and independent event from previous spins on that machine. There is no such thing as a machine that is “due”.

Are slots programmed to be looser or tighter depending on day of the week or time of day? No. Although slot payback percentages can be tightened/loosened by operators within the gaming commission’s guidelines, they are not going through the effort of adjusting payback percentages that often.

Does pulling the handle gives you a better chance than pushing spin? No. Regardless of how you go about it, you are simply stopping the random number generator which is constantly churning out combinations in the background. How you spin the reels does not affect your game odds one bit.

Slot myths that have some truth to them

Do some casinos have looser slots than others? Yes. In and around Las Vegas, slots in tourist centers like the Strip or on Fremont Street are tighter than slots in North Las Vegas or Boulder per statistics reported to the Nevada Gaming Commission.

Does a machine’s denomination affect your odds? Yes. According to slot hold data from the Nevada Gaming Commission, there is a correlation between denomination and payback percentage. Generally speaking, the higher the denomination, the more player friendly the game.

At the end of the day, slot machines are a game of chance which favor the house. There is nothing you can do to improve your odds on a given device beyond getting lucky and hitting spin at the exact right time. Good luck!

My husband went to cash a ticket he left money in his machine I was watching it . A guy walks up to put money in i said thats being played he has money in it . He proceeds to put his money in i again say you can't just take someone's money and machine just as my husband walks back up the guy plays the machine and hits 900 jack pot security came . Nothing was done they let the guy take the money . What should have been done just asking