Categories Ways To Save 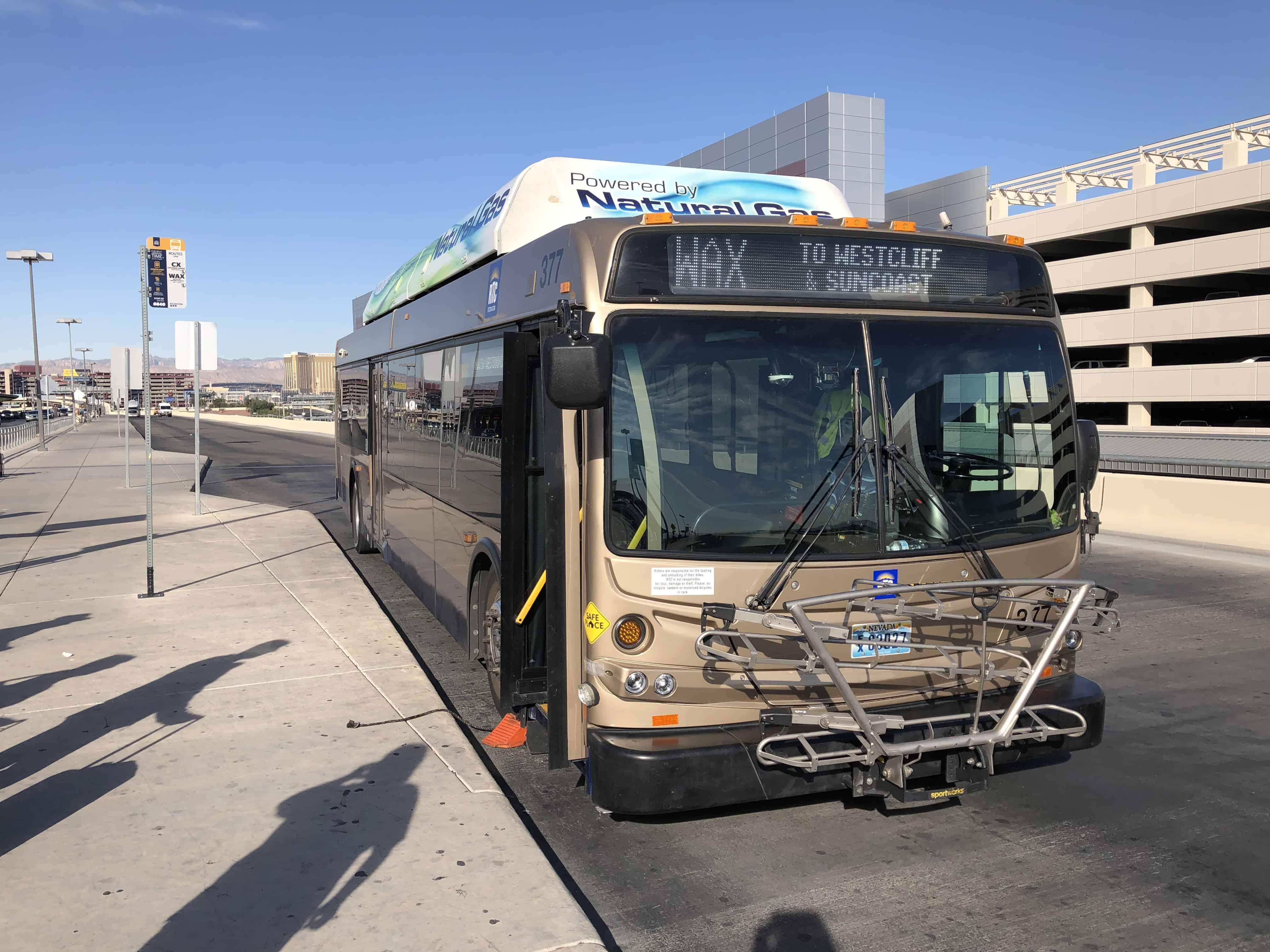 Nothing is better than arriving in Las Vegas with pockets full of cash and hope in your heart. On the flip side, there is nothing worse than blowing a chunk of your bankroll immediately by overpaying for transportation to your hotel downtown on Fremont Street. After all, an Uber can cost almost $20-$30! Don’t eat into your gambling budget though, follow our lead and utilize the Westcliff Airport Express Bus (WAX). It’s easy to use, easy to find, and at only $2, the WAX bus is the least expensive way to get to your hotel on Fremont Street!

The WAX bus route offers stops at both Terminal 1 and Terminal 3.

If catching the bus at Terminal 1, you will want to navigate to level zero by taking the escalator down one level at baggage claim and then exit the terminal and cross the street.

If at Terminal 3, the bus stop is on the departures level which can be found by taking the escalator up one level at baggage claim. Head outside, cross the street and the stop is well marked by RTC signage.

Paying for your ride is also straightforward. The easiest way is to have 2 crisp one dollar bills to feed the machine as you enter the bus. Alternatively, there is a ticket machine located at Terminal 1 that you can pre-purchase fares from, however, there is not a machine at Terminal 3. RTC does have an app that allow for fares to be purchased in advance, however, the app only allows you to buy a $3 local fare as opposed to the WAX’s typical $2 rate. It works, but you’ll be overpaying. Plan ahead and bring a couple bucks.

The bus takes 30-40 minutes to get from the Airport to Fremont Street which is a bit longer than other means of transportation, but not by much. If you are in a rush this may not be the best option. Note that the WAX bus also has a luggage rack, although I found it easier to set it on the floor in front of where I was sitting.

Route wise, the WAX runs down Tropicana to I-15, past the Las Vegas Premium Outlets and then downtown Las Vegas. As a visitor, what’s important is you’ll board, ride for a while, and get dropped off on Fremont Street for next to nothing. Get off at the 4th and Carson stop and you’ll get off the bus right next to The D. Here is the full route map and schedule for the Wax.

And there you go, the least expensive way to get from McCarran International Airport to Fremont Street hotels like Plaza, Binions, The D, 4 Queens, California, Main Street Station, Fremont, Golden Nugget, El Cortez, Downtown Grand, and Golden Gate. Now take the money you saved and blow it at the tables.

Hi do you have a shuttle ? I need to get a shuttle from the airport to the rental cars !!

There is a free car rental shuttle bus just outside of the terminals. It takes you to the place where all the car rentals are. Ask anyone if still lost.