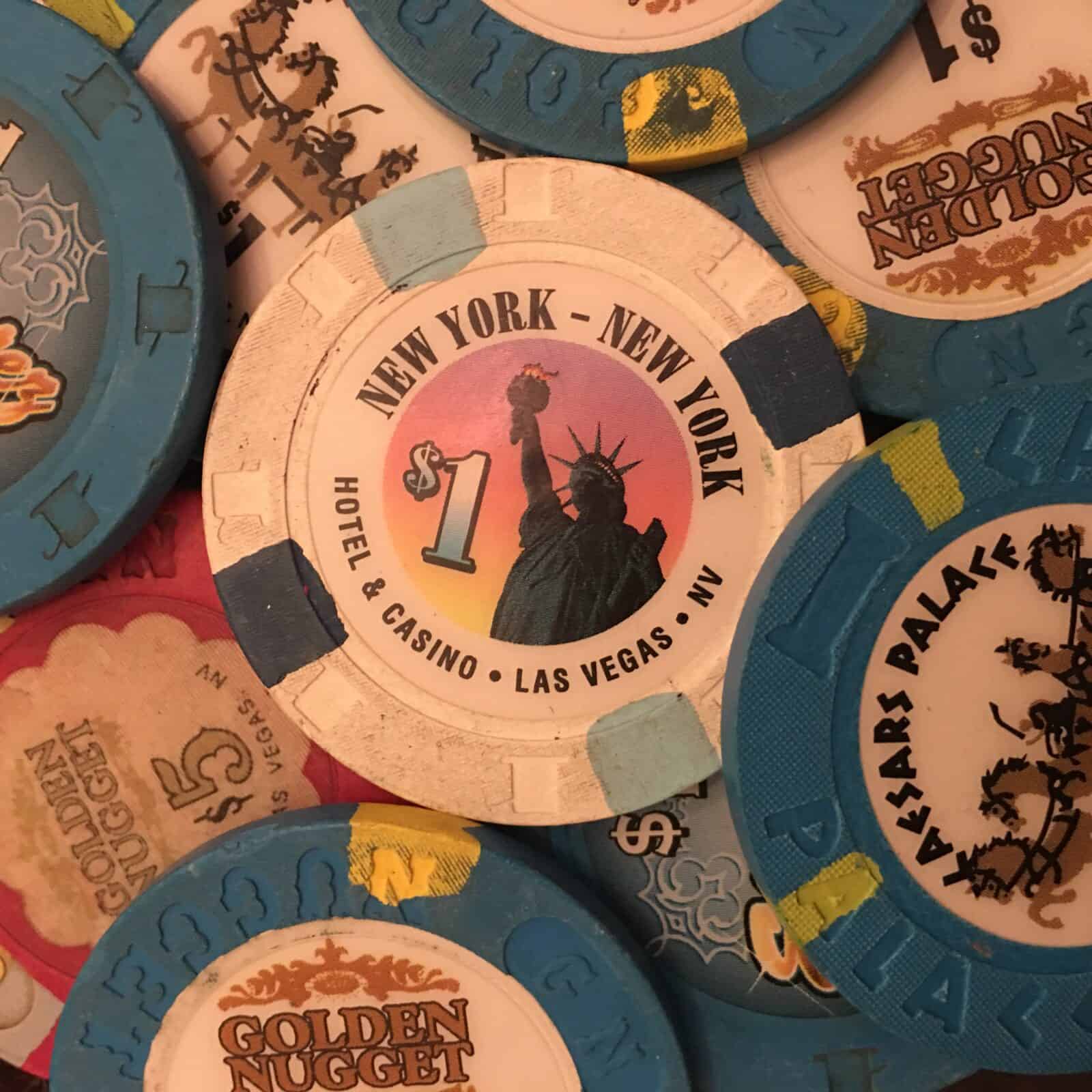 Las Vegas Casinos introduce new chip designs from time to time to combat counterfeiting, adjust branding, and sometimes simply to ensure their internal currency isn’t getting too “grubby”. So what happens to old chips when they are replaced by a newer model? It’s handled differently (and much less interestingly) today than it was historically.

Today, the approval of new chip designs as well as the disposal of what they are replacing are regulated by the Nevada Gaming Commission’s Regulation 12. Casinos must submit for approval a drawing of the new chip’s design to include details about security features. Regulation 12 also stipulates the exact dimensions that chips must adhere to as well as information that is to be displayed on the chip such as denomination, location of the establishment, and the chip’s manufacturer. The chip’s denomination must also be distinguishable via black and white closed caption TV from the side when stacked with other denominations.

There are also specific rules casinos must adhere to when it comes to retiring a set of chips. The establishment is required to allow redemption of the discontinued chip for 120 days either at the casino or at another approved location. During that 120 day period, the casino must post a discontinuation notice where the chips can be redeemed in addition to posting 2 times per week in 2 separate Nevada newspapers that are in general circulation. Today, plans for destroying discontinued chips need to be approved by the board and are much less exotic than what occurred prior to Regulation 12. Nowadays, discarded chips are typically crushed to an unrecognizable pulp.

So what happened before the fun was sucked out of chip disposal? Well, it was the wild west and the aim was to dump them where they couldn’t be found. During recent demolition projects, vintage retired chips were discovered in both the Dunes and New Frontier concrete foundations. In fact, chips from as far away as Laughlin were found in the concrete that made up the New Frontier’s foundation during demolition.

Divers have also uncovered chips at the bottom of Lake Mead that were later found to have belonged to the Las Vegas Club by Mike Spinetti, Owner of Spinetti Gaming Supplies. Spinetti’s is also where I procured my chip laden chunk of concrete.

It’s fun to imagine what additional relics from the past could turn up as Vegas continues to reinvent itself. An endless list of hiding spots exist where yesteryear’s casino executives could have stashed additional dig chips. As Nicky Santoro said in the movie Casino – “A lot of holes in the desert, and a lot of problems are buried in those holes”. Nicky, of course, was referring to bodies and were talking about casino chips. Were excited to see what is unearthed next.

Snag your own vintage Las Vegas casino chip to display or for a good luck charm. A number of options are available on Amazon.

See Also: Find the loosest slots in Vegas. We dig into Gaming Control data to point you in the right direction.