Why Doesn’t the Monorail Connect to the Airport? 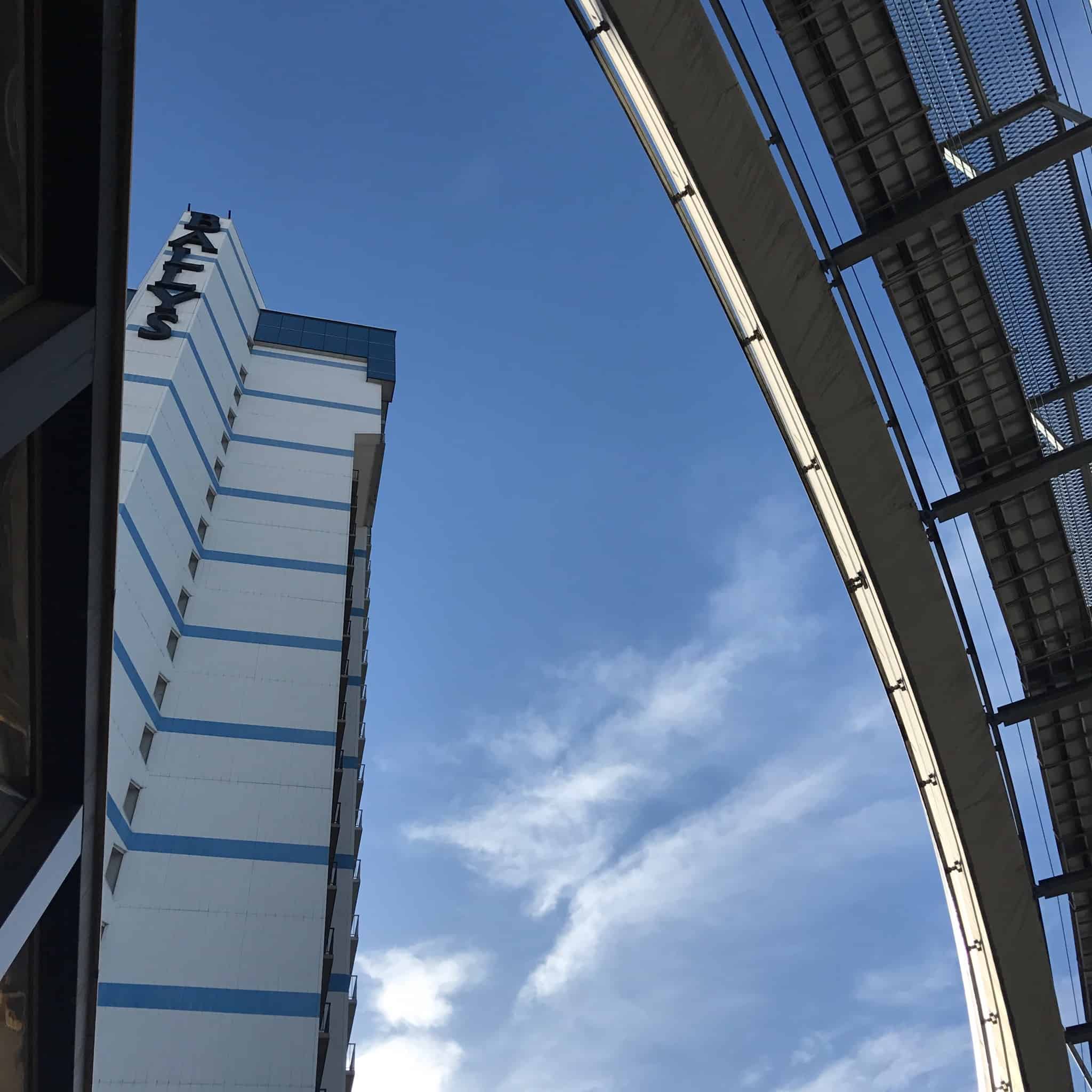 Why doesn’t the Las Vegas Monorail connect to the airport? A good question as extending the monorail to McCarran would likely ease street traffic while giving visitors a more cost-effective option to reach to their resort. What are the factors that have prevented this historically and could the Monorail extend to the airport in the future? First, let’s take a look at the history of the Monorail in Las Vegas.

Originally opening as a one mile long link between Bally’s and MGM Grand in 1995, the Las Vegas Monorail wasn’t intended to be a city-wide mass transit system. Only later, in 2002 was the Monorail extended to include other casino properties up and down the Strip. Today, the Monorail is the only privately-owned mass transit system in the US and operates as a non-profit organization.

As the system has expanded, there has been additional discussion about connecting the Monorail to both McCarran International and even Downtown but efforts have fallen short.

Current state, the Monorail runs behind the resorts on the east side of the Las Vegas Strip and doesn’t stop at all of them. Are travelers really willing to walk from the already distant Monorail stations to their hotel? What if their hotel isn’t on a Monorail stop?

For Example, a guest staying at Bellagio would have an estimated .6 mile walk from the Bally’s/Paris Monorail station to the front desk of their hotel. That walk would have them dodging crowds, going up and down escalators and walking across Las Vegas Boulevard in the desert heat. It’s a first world problem, understood, but will travelers choose the Monorail over an Uber in that scenario to save a few bucks?

Mandalay Bay expansion could get us closer to the airport

Recently there has been a push to extend the Monorail south to Mandalay Bay connecting the system to the property’s substantial convention space. The proposed new stop would also get football fans closer to the new Raiders stadium currently under construction. While the expansion, which would extend the Monorail system to 5 miles, would inch the beam closer to the airport, there isn’t much discussion currently around extending the project form Mandalay to McCarran.

Funding an expansion to the airport could be a challenge

As we sit today, the previously mentioned Mandalay Bay extension has yet to break ground as the Monorail Company seems to have run into issues selling the bonds necessary to fund the 1 mile extension. It seems that those needed to finance the project are skeptical of the increased ridership/revenue projections following completion of the project. They may be right to have concern, after all, the monorail did file for Chapter 11 bankruptcy protection in 2010 leaving creditors holding the bag when they emerged in 2012.

The route the Monorail would need to take to the airport is likely to be longer and more expensive than the Mandalay expansion likely equating to challenges when it comes to finding funds for construction.

Extending the Monorail to the Airport would almost certainly result in fewer fares for cabs, however, there seems to be minimal organized opposition to expansion. Lack of protest by the cab community however is most likely due to no project plans on the near horizon.

Experts have correctly pointed out that there will always be a type of traveler that prefers a cab to mass transportation. Besides, cab drivers in Vegas have much more to worry about with the surge in Uber and Lyft usage immediately threatening their job security.

Other options to connect the airport to resorts

There has been discussion about the potential for a light rail system to bridge the mass transit gap between McCarran downtown Las Vegas. At a cost of around $750 million, the project could go a long way in easing congestion and simplifying ground transportation for visitors. The project in its current state wouldn’t address the Strip however.

So why doesn’t a Monorail connection exist between the airport and the resort corridor? The crux of the problem boils down to return on investment. If the project was seen as a sure winner, the plans would be drawn, money supplied and the extension built. Don’t hold your breath.

See Also: Our guide to getting around Las Vegas!

more likely, the core opposition to a monorail-to-airport simply comes from Hotels/Casinos that do NOT have stops on the Monorail = loss of room bookings at those hotels.