Where to Find Secret Pizza at Cosmopolitan 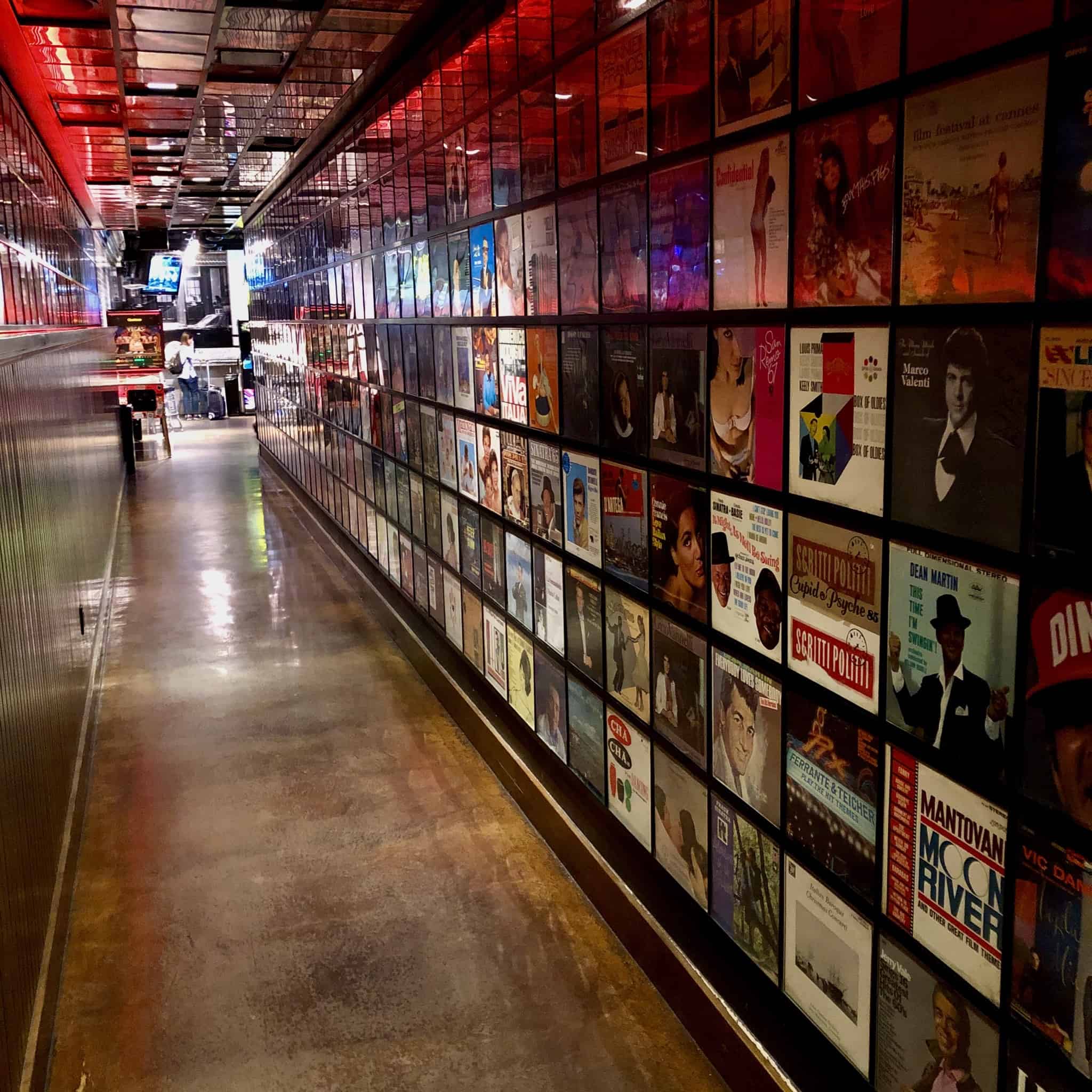 Of the numerous reasons to visit Cosmopolitan, the quirk that tends to create the most buzz are the hidden food and drink options. The Pizzeria at Cosmopolitan, widely referred to as “secret pizza” is a trendy spot commonly sought out by visitors. Adding to the pizza joint’s allure is the lack of signing that would indicate it’s existence to passers by.

As one of our top rated slices of pizza in Las Vegas, #4 to be exact, it’s definitely worth the hunt.

So, Where is Secret Pizza?

Alright, you’ll want to enter Cosmo and work your way to the rear of the property. Take the elevators up 2 floors to level 3 back near the chandelier bar. When you get to level 3, you’ll see a hallway lined with records in between Blue Ribbon and Jaleo. If you take that unmarked hallway straight back you’ll find yourself in the grab and go pizza spot everyone on social media has been raving about. Note that Secret Pizza doesn’t open util 11am. Before that, the record lined hallway is blocked off by a sliding door.

Compared to Cosmopolitan’s numerous upscale dining options, Secret Pizza is about as casual and utilitarian as it gets. No fancy bells and whistles here.

Inside, you’ll find a minimalist, cafeteria style pizzeria with only about 10 seats and 2 pinball machines. if you need a spot to sit, just grab your slice and head out to the lobby for a seat, or work your way back toward the convention halls as there are plenty of seldom used seats.

It’s a small space so they typically only have 3-4 pizzas on display, although they have more than that hot and ready to go. Don’t be shy, ask what they have ready for purchase. I panicked and snagged a slice of the visible mushroom pizza not knowing more appealing options were ready to rock.

When it comes to quality, I was impressed although I lost my cool and didn’t order my preferred slice. Our thin slice of pizza featured a crisp crust, minimal flop, and a high quality golden brown layer of cheese. Unlike most other pizza by the slice options in Vegas, Secret Pizza’s was not all that greasy.

After your slice, go down a level and visit the hidden Ghost Donkey speakeasy near the rear of the Block 16 food hall! Ghost Donkey, also a small, unique, space serves up hand crafted cocktails and unique appetizers like truffle nachos.

Every year in October when my wife and I visit Vegas for our wedding anniversary we make an effort to pick up a slice or two at Secret Pizza. Definitely worth checking out!